Based on seeing a post by Reggie on QW, I got interested in the LED tail lights. Seemed like a nice way to update the look of the RS without it looking cheesy. So, I ordered from rwerks, and received the lights a couple of weeks later. They're not the greatest on communications, but shipped it promptly (holidays were in the middle) and it looks to be a good product. Install should take you all of 20 minutes. Thanks for the help from sTTay down and this thread also on some of the details.

First things first, removing the old tail lights. They're all held in via just one screw/nut. You access these from within the trunk. Pry out the covers gently with a flathead. They're attached at the bottom, so do it on the top.
Insert a flathead screwdriver into the middle of the black part and unscrew (it has a slit in the middle which is hard to see at first glance). Here it is removed with a better view: 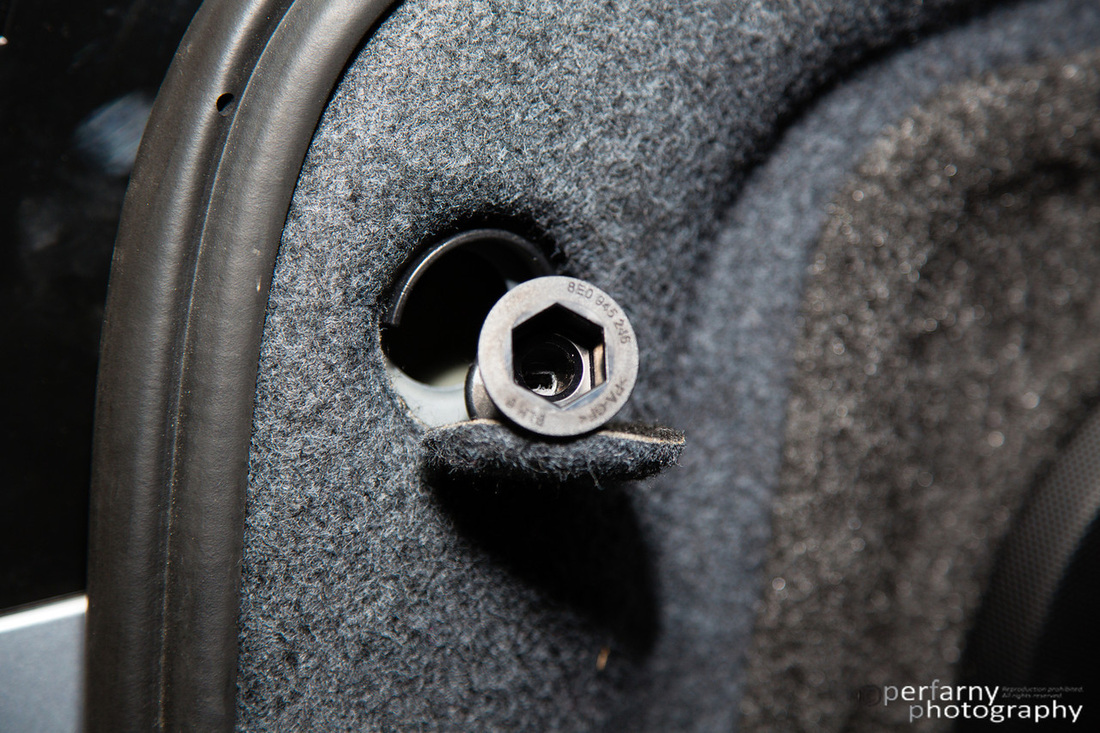 Next, the smaller trunk lid light. Open the cover concealing the light from the inside as per above (flathead) and undo the 10mm nut. Its role is squeezing a hard plastic piece against the body of the car in order to secure the light. In the pic below, to the right of the red wire you see a black plastic piece extending over the silver trunk body. As the rest of the plastic piece is anchored with the light, this is how it's all held on to the car. Unplug the harness (there are two tabs you easily squeeze together to remove) and remove the light. 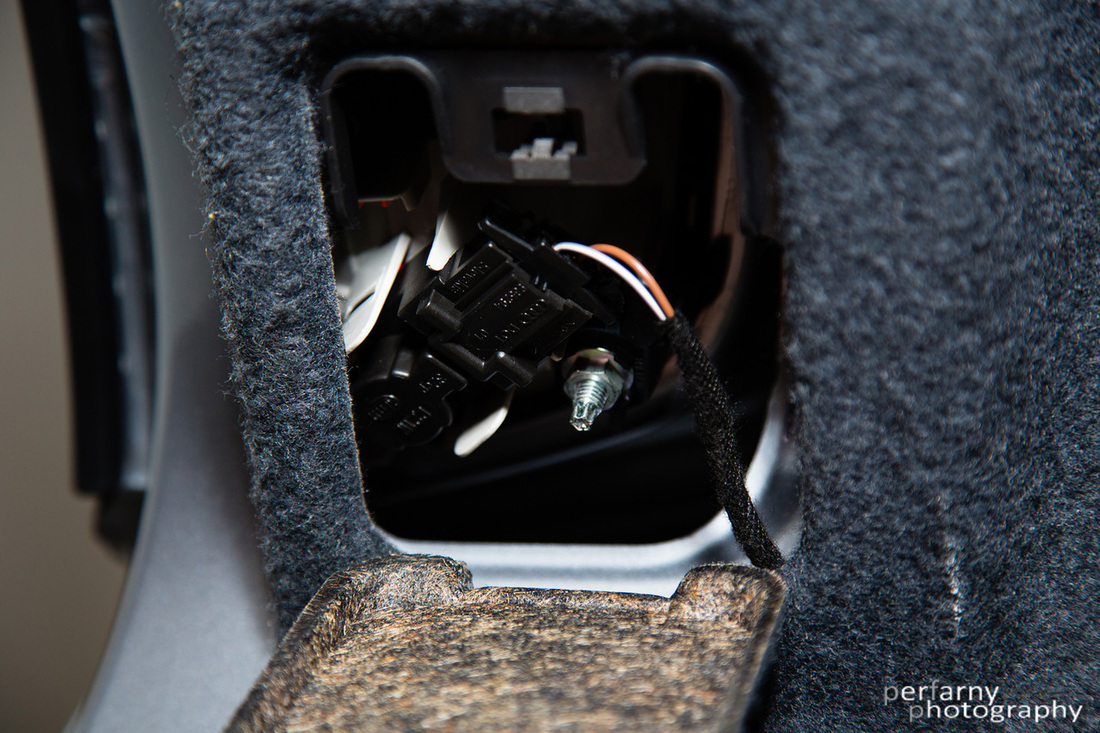 Repeat on the other side, and you're done. 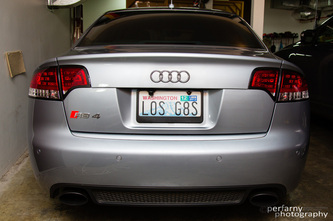 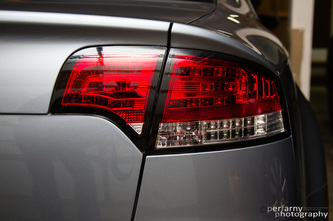 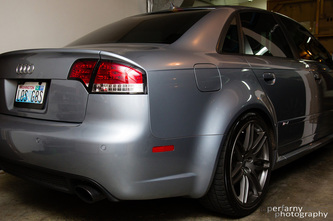 After seeing some pics posted with the smoked version of the tail lights, I asked, and received and exchange from the company. I think the smoked looks a lot better / works better for a slightly evil look for the car. Note also that the left trunk lid portion of the light doesn't fit as well as the other pieces. Funny enough, this was with both the clear and now the smoked version. I might investigate a bit more closely in the future to see if I can remedy that. 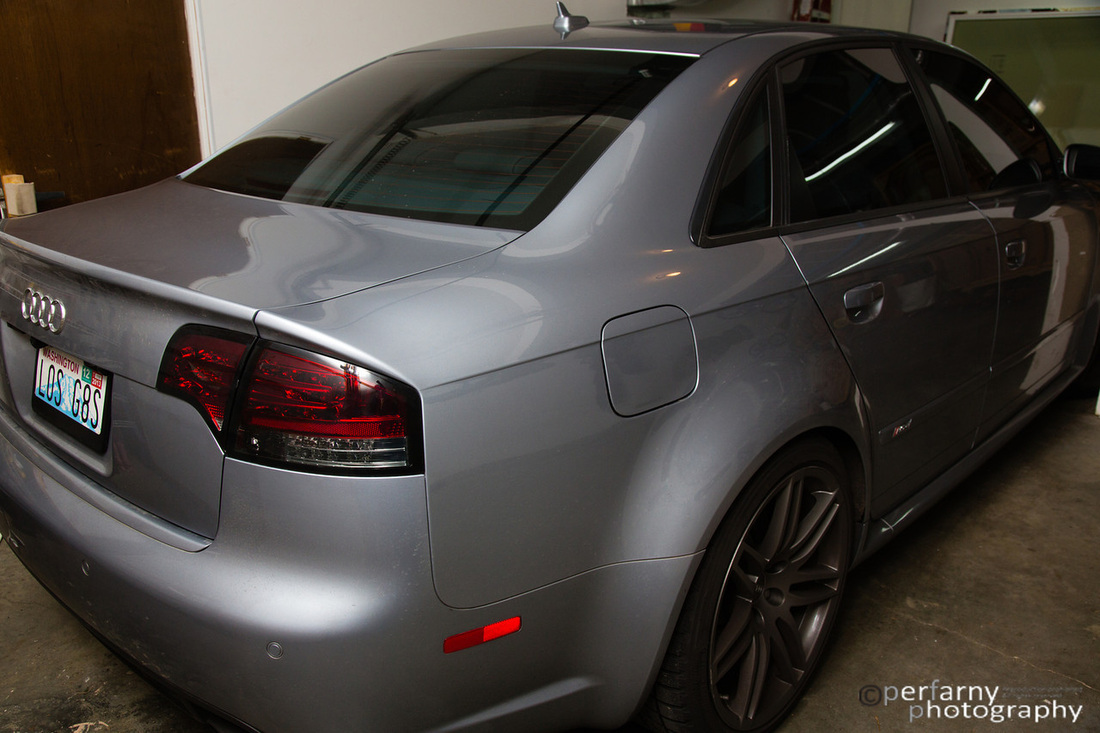 Some pics with the lights on. Dirty car warning...click pics for higher res. 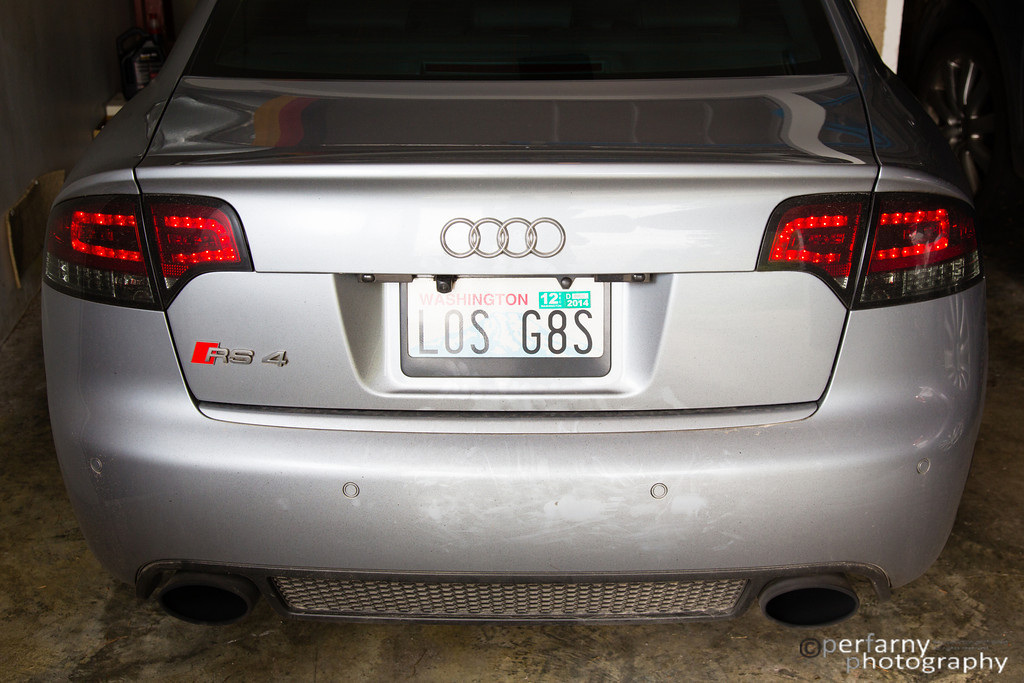 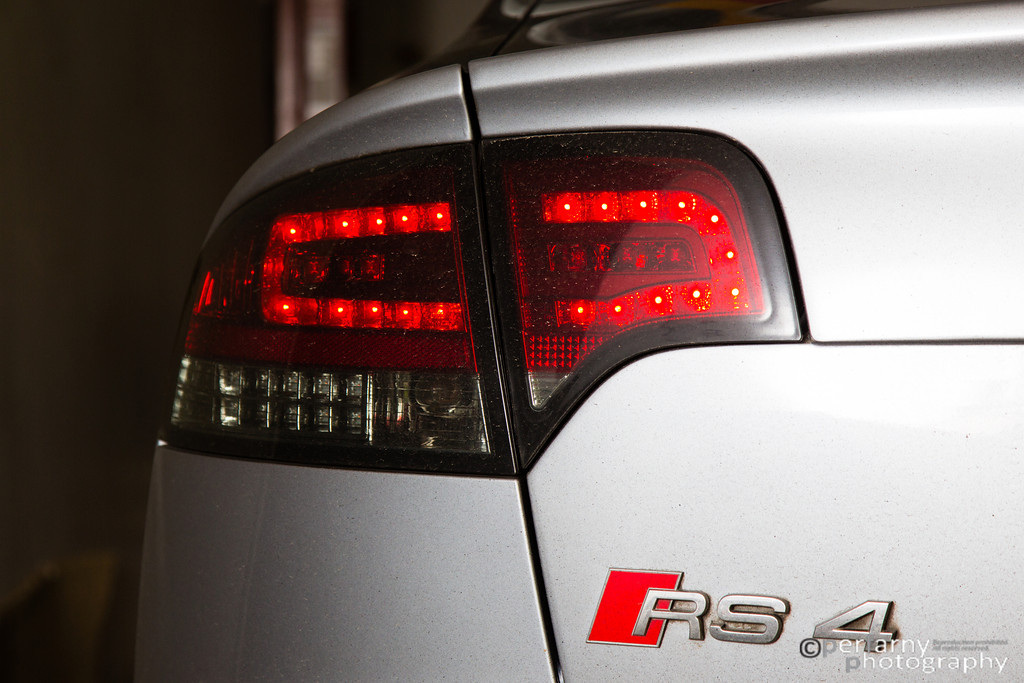 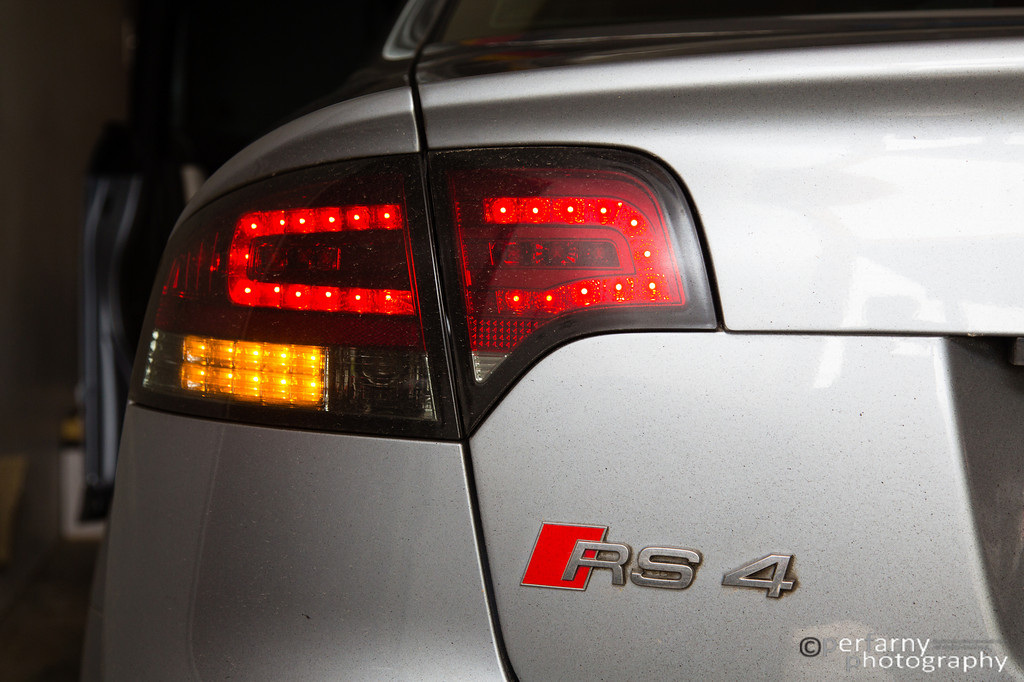 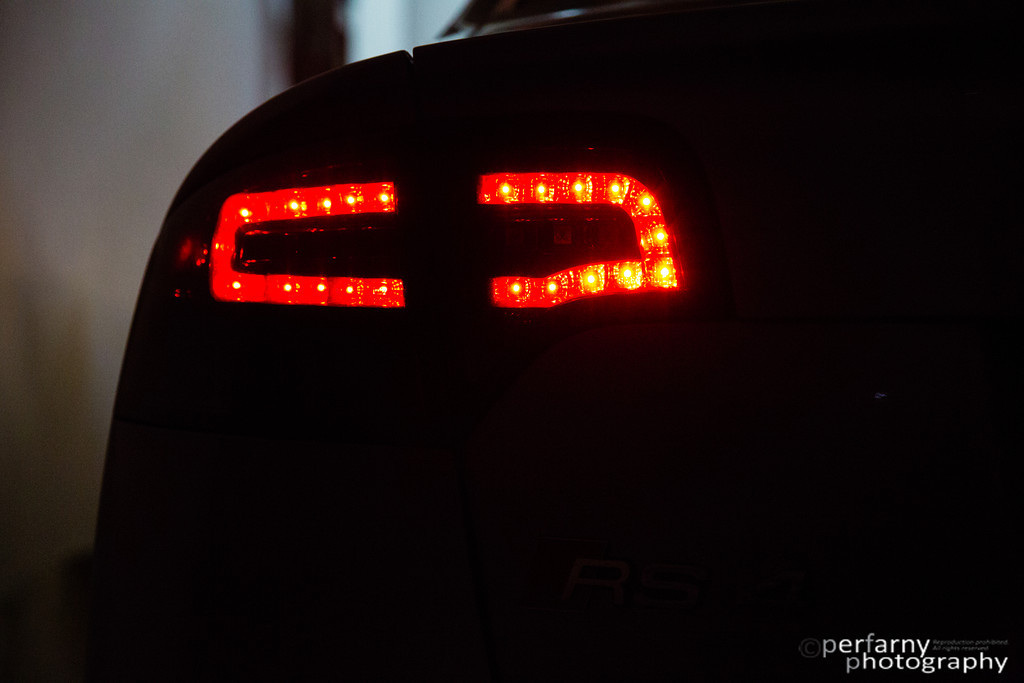 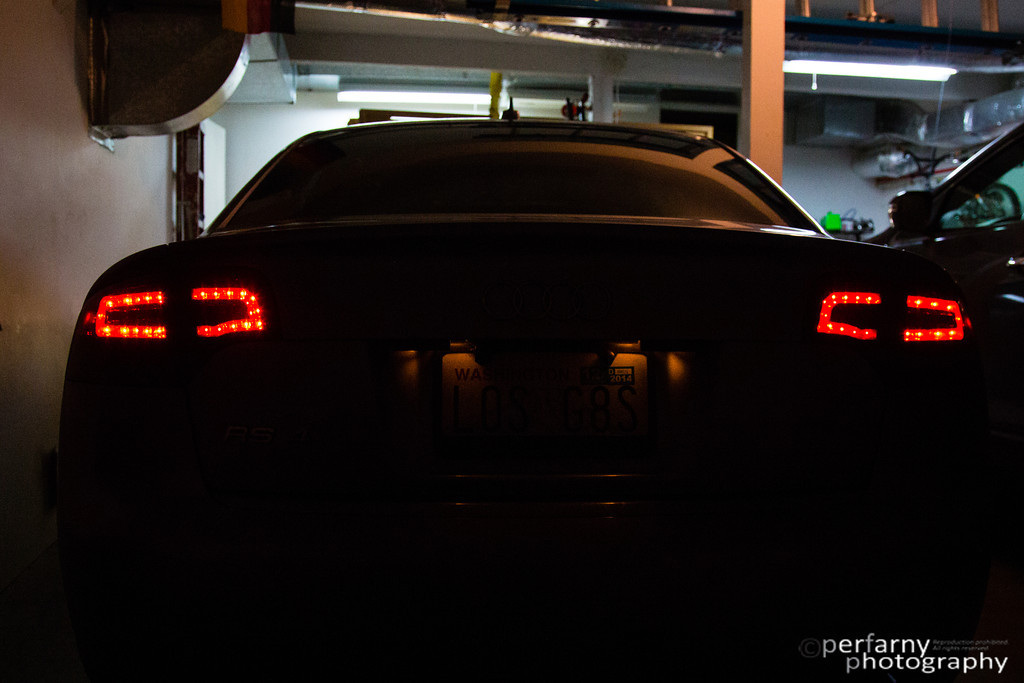 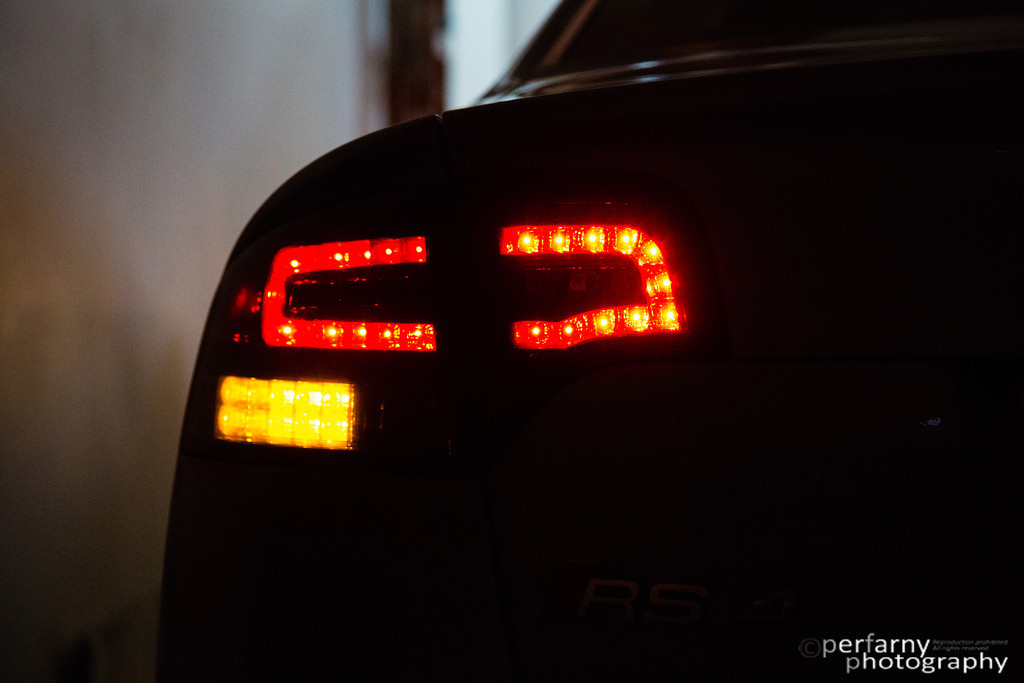 It's turned out that if I have the headlight switch set to Auto, and it's cold out, I sometimes get the 'Light Out' message on the DIS. I read that someone added resistors to get rid of this. I'm not sure where exactly to put one, though (the light on the trunk, or the bigger with turn signal piece on the quarter panel?). As a first test, I added one to the right back quarter panel light as the errors have pointed to rear right park light. Not sure this is where I needed it, but we'll see how it goes. I used exactly the same resistor as used for the DRL's, but let it hang loose in the body cavity for now where it shouldn't melt anything.

Well, that didn't work...Promptly at next morning's startup, the bulb out warning came on. So, this morning I installed the resistor on the trunk piece. Time will tell if it works. There were two sets of black/red wires coming off of this, too, so who knows if I picked the right ones. Trial and error fun :) 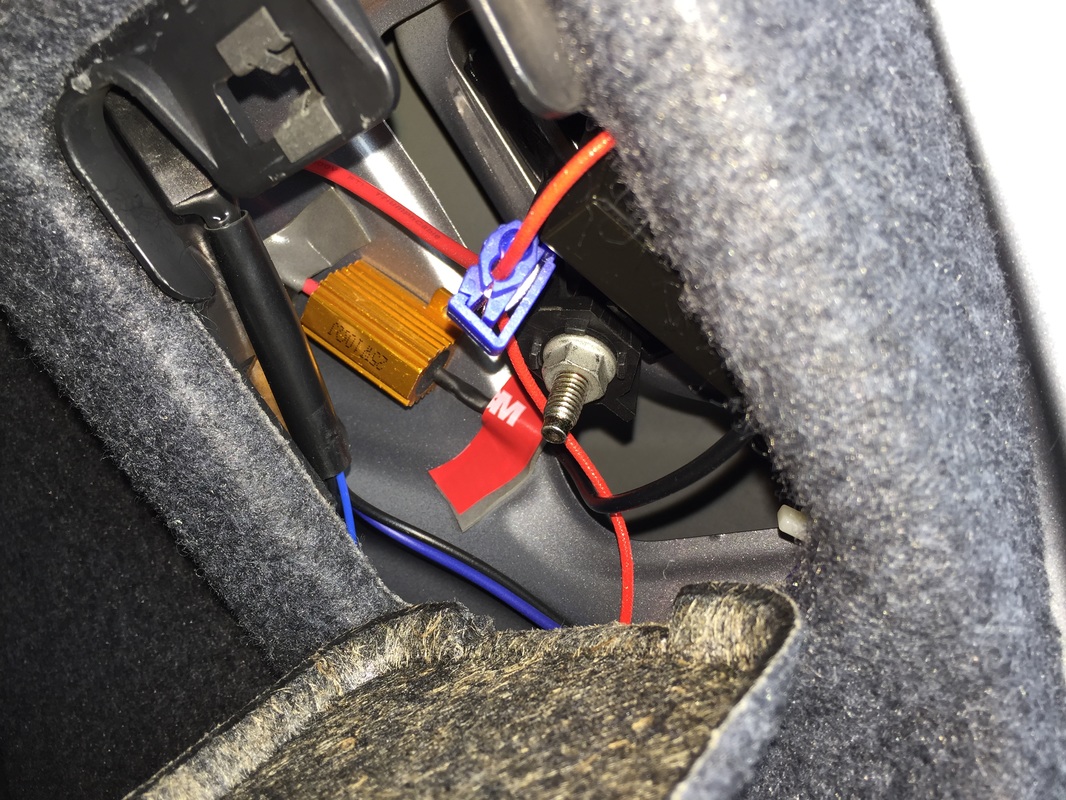