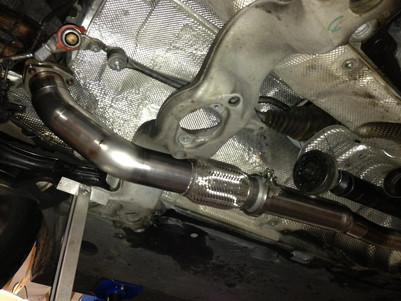 In progress install pic.
With the eventual goal of putting in a supercharger, it was time to prep. Two things to accomplish: down pipes to allow for better exhaust gas flow, and upgrade the clutch as the stock would surely fail in no time with the additional power of the SC. I talked with Jason @AMD is who I've decided I'll work with for the lifetime of the car, so he went to work.

Pictures was taken while the install was in progress. Jason went ahead and fabricated 3" down pipes for me. He also made it easy to put in cats by using flanges (note, temporary flange shown above). For now, test pipes are installed. Size at the header collector is an internal 2.85" going to 2.75" where the test pipe flange is. I left the stock exhaust because it seems to flow enough, and I really love the stock exhaust note.

With the installation of the DP's and test pipes, we saw max gains of 18 awhp and 15 lb/ft torque at the wheels. That's respectable and what was even nicer is that the gains were seen across almost the entire rev range. These results were achieved on stock software. Afterwards, Jason did very minor tuning, mostly to get rid of missing cat codes and remove torque limiter at lower revs. Further modest improvements were found across the range. 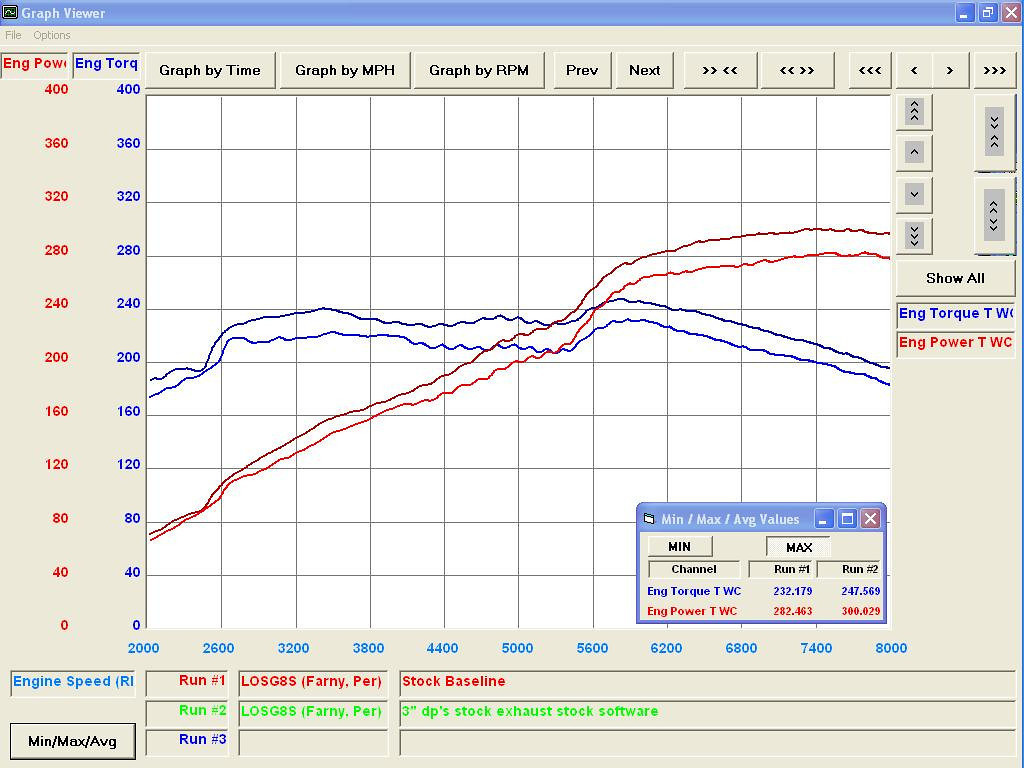